Something weird is happening. Tesla dropped the Model Y Standard Range RWD from the configurator on the evening of 2/20. They also reduced the LR AWD price by $1000.

Is this the end of the SR RWD experiment? Does this explain why Tesla dropped the price by $2000 to clear inventory? Will this mean the introduction of LR RWD? Or perhaps this is just a glitch while the site is being updated.

I happen to have a test drive scheduled today for the SR. Will update afterwards to see what they say.

Update: At TMC.COM, user _tb_ posted to say they received a text from a Tesla CSR (customer service rep) to say that they are no longer offering the “custom standard range RWD Model Y” and also affirmed that they are “definitely” not making it. There are several reports from Tesla Facebook groups that also confirm that the SR Model Y is a long term change and not a glitch.

There is also mention that Tesla will honor those with existing Standard Range orders but will not accept any more new ones. But once the inventoried vehicles are exhausted, that is it.

For those with LR AWD orders, Tesla traditionally will automatically reflect the price change so your order will be reduced by $1000. Unfortunately for those that already took delivery or the LR AWD, Tesla will not refund you the $1000 difference. 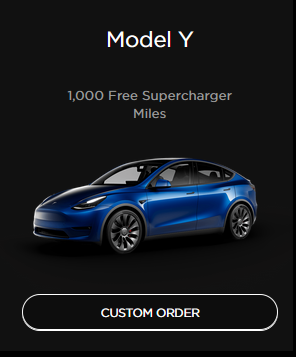